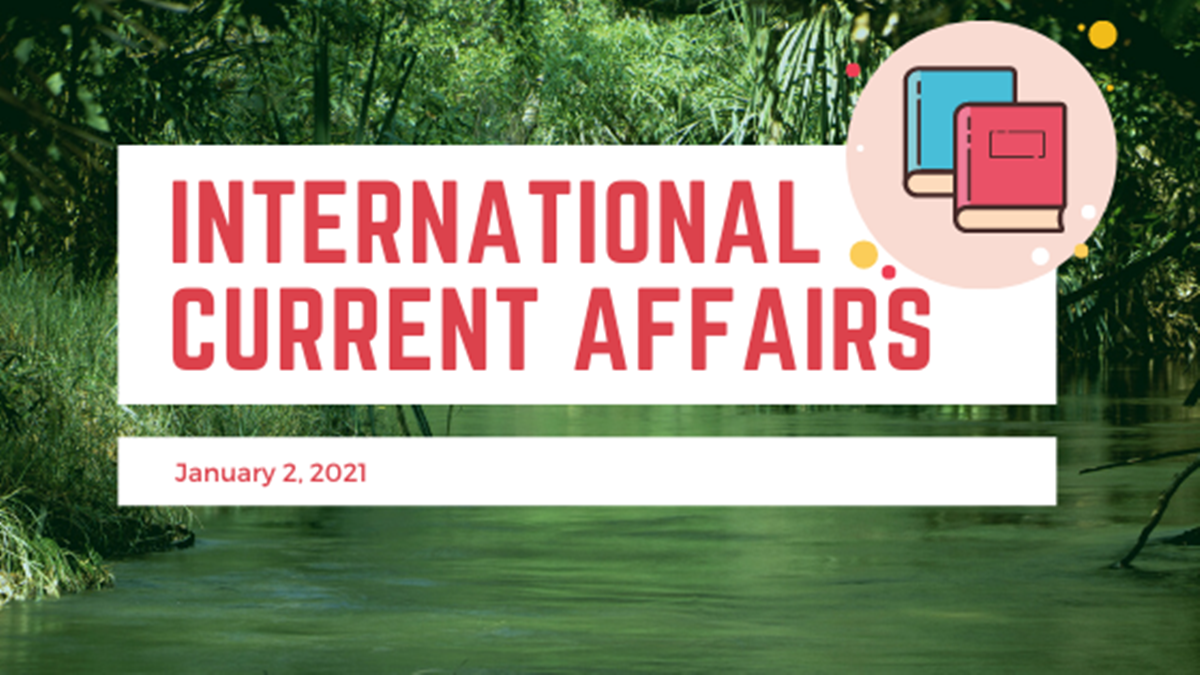 1- The Kremlin has dismissed claims of Russia’s alleged meddling in the 2020 US elections as baseless and regretful.

4-China has approved another Covid vaccine for emergency use of a self-developed recombinant protein subunit vaccine against Covid-19.

5- South Korean and US defence chiefs have reaffirmed denuclearization.

6-Pakistan has received the 2nd batch of the Sinopharm Covid-19 vaccines from China.

7-The US Federal Reserve has kept its benchmark interest rate near zero.

8- The UN has expressed concerns over the UK’s move to increase nuclear weapons arsenal.

9-American entertainment giant Disney has announced to open its flagship theme parks in California on April 30.

10-The US Centers for Disease Control and Prevention (CDC) defined the two coronavirus strains that were first detected in California.

11-According to the Democratic Republic of the Congo (DRC), Ebola has infected 30, killing 15 in Guinea.

12-Air Marshal Zaheer Ahmad Babar has been appointed as the new chief of the Pakistan Air Force (PAF).

13- The World Health Organization (WHO) has recommended the continuing use of AstraZeneca vaccine.

14-US has ‘open door’ policy for solo minors to enter the US without visas through the Mexican border.

15-Ukrainian plane has crashed near Tehran due to human error.

17-The UN and its partners have launched the $3bn humanitarian plan for Yemen.

18-The Polish government announced to reintroduce full nationwide lockdown in the wake of rise in the new coronavirus cases.

20-The UN is ready to facilitate the Grand Ethiopian Renaissance Dam (GERD) on the Nile river.

23-Tanzanian President John Magufuli has died due to a heart disease. The news is confirmed by the country’s Vice President Samia Suluhu Hassan.

24-The Senate has confirmed Katherine Tai as the new US Trade Representative (USTR).

25- Katherine Tai is the first Asian-American and the first woman of colour to hold the post of US Trade Representative.

27-The International Monetary Fund (IMF) with a payable loan of $225 million to cover 46% of Afghan budget deficit.

28-Following a nine-hour debate, Thailand’s constitutional amendment bill has been aborted by MPs and senators.

29- New Zealand has been working with Australia on 2-way ‘travel bubbles’.

31- Indian-American Republican Jitendra Diganvker has been contesting for the post of Highway Commissioner in a suburb of Chicago.

32-The World Bank has approved $200mn for the low-income urban youths in Bangladesh.