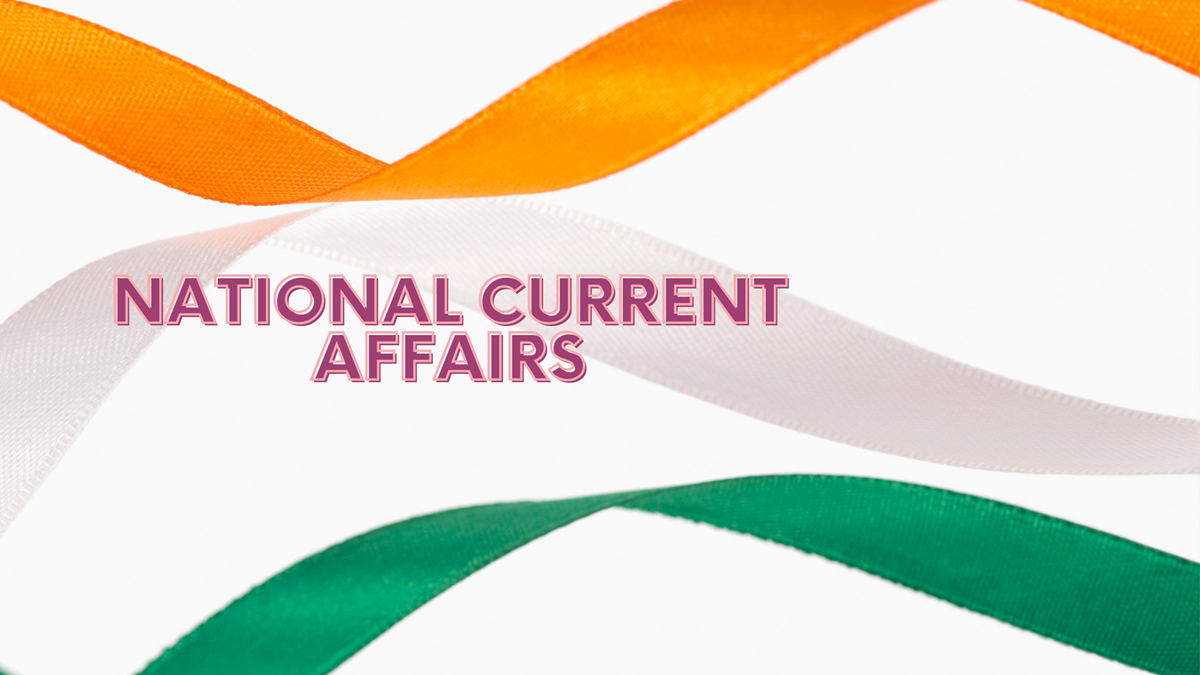 1- The Aam Aadmi Party government in Delhi, began celebrations to mark 75th anniversary of Independence at the Central Park in Connaught Place, the last day of the Budget session.

2-A new World Bank report said transport connectivity can boost national Income of India by 8 percent, and 17 per cent in Bangladesh.

3-The BJP to contest the forthcoming Parliamentary bypoll from the Tirupati seat in Andhra Pradesh, taking the support of the Janasena party.

4- According to the Directorate of Revenue Intelligence, 2.1 kg gold seized from Dubai-Goa passenger.

6-The US International Development Finance Corporation (DFC), America’s development bank will enhance the Hyderabad-based Biological E’s capacity for Covid-19 vaccine by the end of 2022.

8-A senior journalist, editor and author Dr. Balasaheb J. Bothe-Patil was arrested for the alleged key conspirator in the killing of a Nationalist Congress Party leader Rekha.

10- Tens of millions of AstraZeneca doses are lying idle in US manufacturing facilities.

15-CAG- The Comptroller and Auditor General of India

17-West Bengal Chief Minister Mamata Banerjee will begin her poll campaign on a wheelchair from Monday.

18-Union Minister of Information and Broadcasting Prakash Javadekar said it is time to envision what we want to achieve in next 25 years.

21-Parimal Debbarma (48) alias Phankrak, the chief of outlawed militant outfit has been arrested in Mizoram. The outfit is National Liberation Front of Tripura (PD faction).

22-Uttar Pradesh Chief Minister Yogi Adityanath said appointments to government posts in the state were distributed between 2012 and 2017 among the members of only one family.

24-Geneva Inter Parliamentary Union (IPU) President will be on seven-day visit to India from Sunday.

27-Former Congress Chief Minister of Puducherry, V. Narayanasamy, has opted out of Nellithope constituency in Puducherry.

29-Actor-turned-politician Khushboo Sundar(BJP) is likely to be fielded from ‘Thousand Lights’ Assembly constituency in Tamil Nadu.

30-BJP leader and Maharashtra’s Leader of Opposition Devendra Fadnavis is the new chairman of the Rambhau Mhalgi Prabodhini (RMP).

31-The opposition DMK in poll-bound Tamil Nadu has promised 75% job quota for local people in TN.

32-As many 30 candidates are in fray for Andhra teachers’ legislative polls meant for East Godavari, West Godavari, Krishna and Guntur districts teachers’ constituencies.

33-Union Health Minister Harsh Vardhan has inaugurated the Mycology Advanced Resource Centre (MARC) in collaboration with the ICMR in Bhopal.

35- This year NEET examination will be conducted as per the new National Education Policy (NEP) 2020.