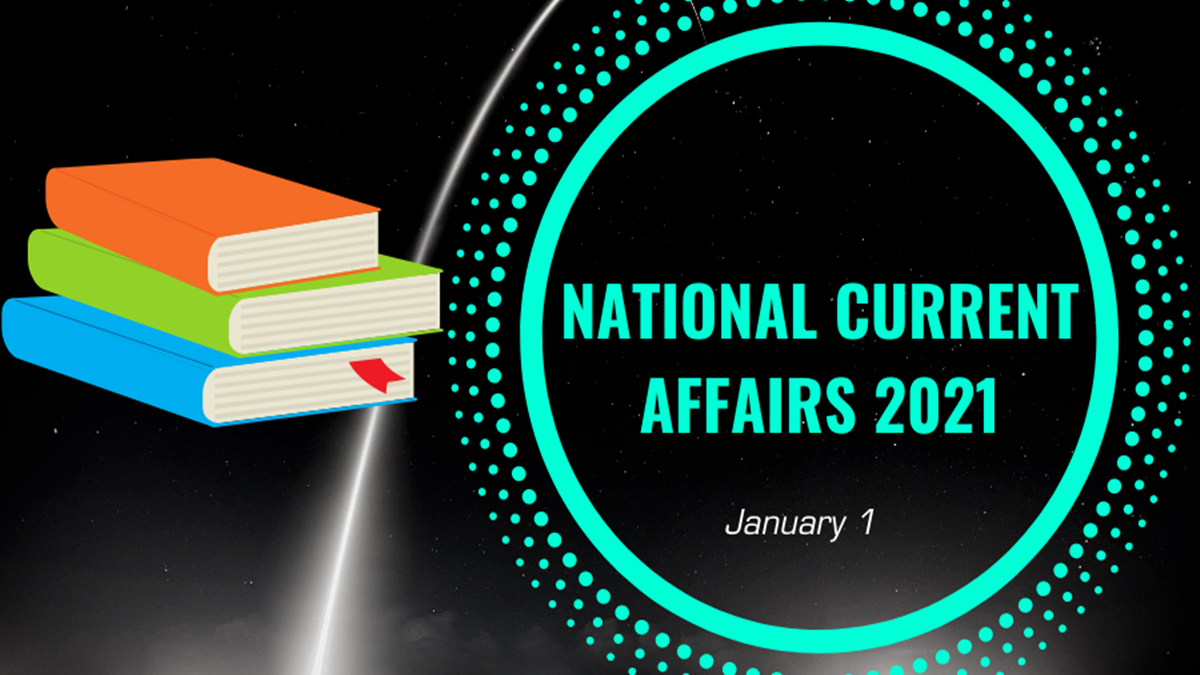 1-The Karnataka Biodiversity Board (KBB) has requested the state government to declare the Roerich and Devika Rani Roerich Estate as a Biodiversity Heritage Site under the Biodiversity Act 2002.

2-UN Children’s Fund (Unicef) said about 60,000 babies are likely to be born in India alone on January 1st.

3-Suresh Chandra Mohapatra has assumed charge as the new chief secretary of Odisha. He will also be the chief development commissioner of Odisha.

7- After a gap of nearly 10 months, the Rashtrapati Bhavan Museum will reopen from January 5, 2021.

11-Prime Minister Narendra Modi to lay the foundation stone of the Indian Institute of Management (IIM), Sambalpur, on January 2.

12- The Subject Expert Committee of the Central Drug Standard Control Organisation has recommended emergency use of Oxford-AstraZeneca’s ‘Covishield’ vaccine.

14-BJP president Jagat Prakash Nadda has thanked AIIMS Director Randeep Guleria after he and his family members recovered from Covid-19.

15-The International Film festival of Kerala (IFFK) will be held at Thiruvananthapuram, Ernakulam,Palakkad and Thalassery.

17-Karnataka health minister, K. Sudhakar said the state will have a new health policy in next six months.

21- Kerala Chief Minister Pinarayi Vijayan said the movie theatres in the state will be opened from January 5.

22- After 10 months, thousands of primary schools have been reopened in Assam.