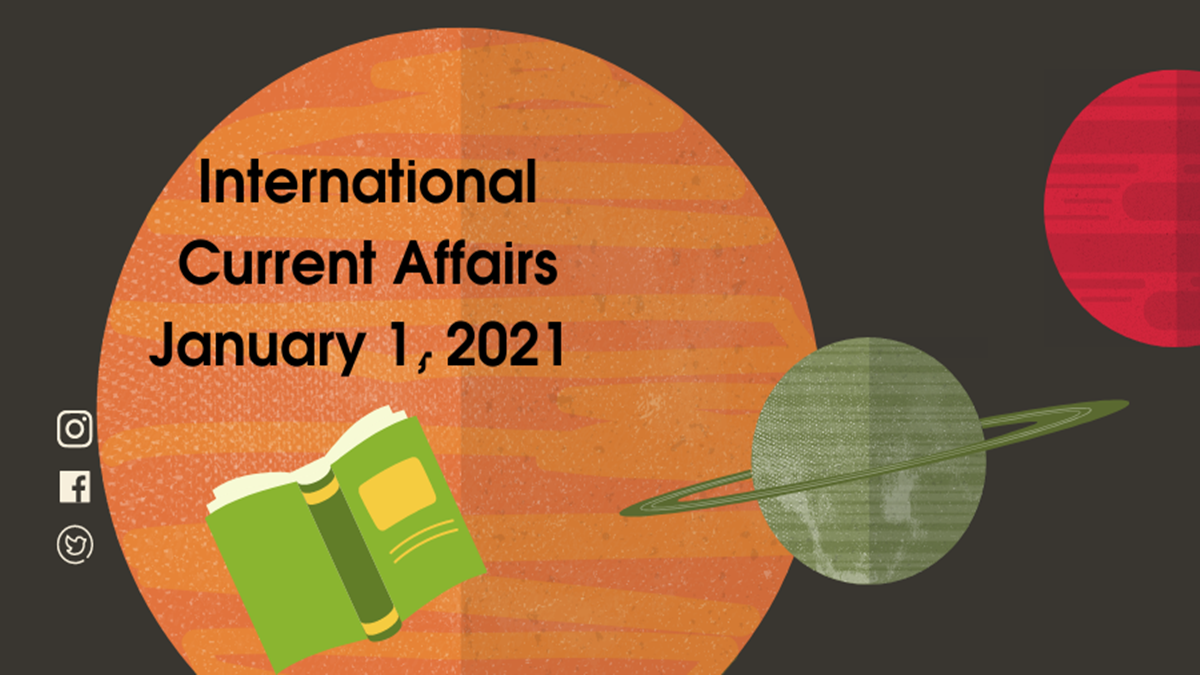 International current affairs make people aware of the current happenings all across the world.

1-The World Health Organization (WHO) has approved Pfizer Covid-19 vaccine for emergency use.

3-UK has recorded highest daily increase in coronavirus cases since the pandemic began in the country.

5-Britain and the European Union (EU) began a new relationship as the Brexit transition period has ended.

7-India has joined UNSC as India became a non-permanent member of the Security Council on Friday(January 1st).

8-Pakistan Prime Minister Imran Khan on said the new year 2021 will be a year of growth for the country.

11-Prime Minister Scott Morrison announced that Australia will have a national anthem to reflect indigenous past from January 1.

12-China and Egypt signed a letter of intent for Covid-19 vaccine cooperation.

16- Pakistan Interior Minister Sheikh Rashid Ahmed said that the passport of the former premier Nawaz Sharif would be cancelled on February 16.