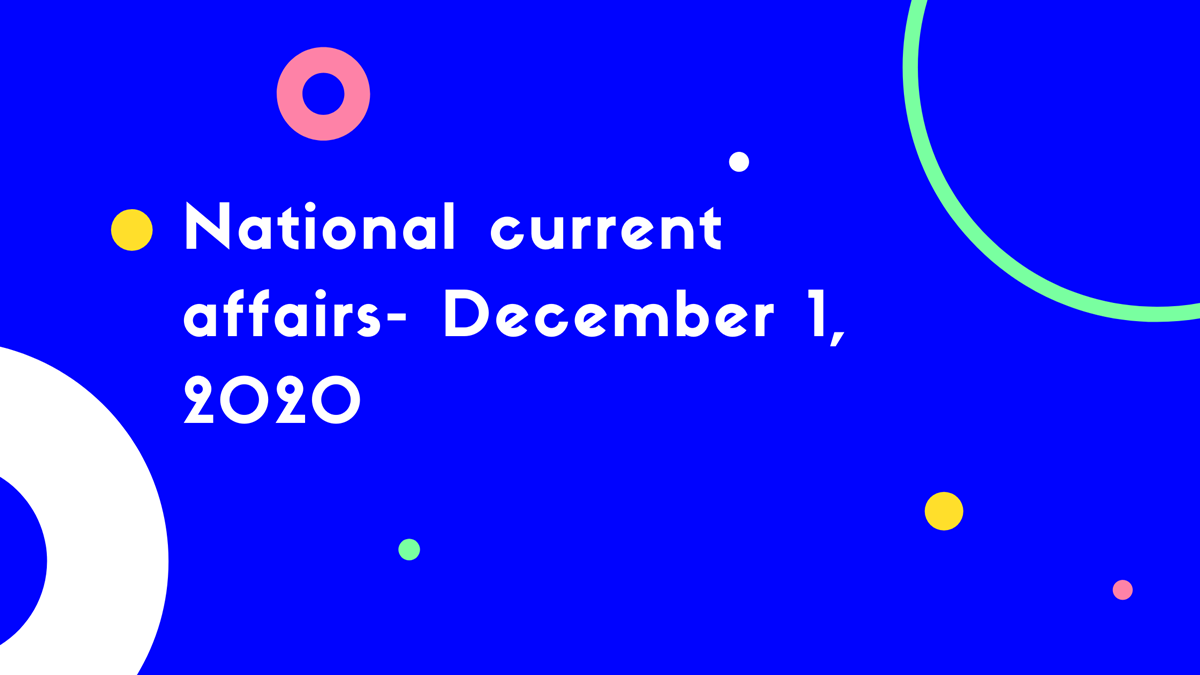 3- The founder of Art of Living Foundation is Sri Sri Ravi Shankar. He is a Spiritual leader.

4-Kabasura Kudineer is an AYUSH medicine. It is available in tablet form that helps to prevent and tackle Covid-19.

5- The Akhil Bharatiya Akhara Parishad (ABAP) came out in support of changing the name of Hyderabad.

8-Ashok Kumar, a 1989 batch IPS officer took over as 11th DGP of Uttarakhand.

9-Serum Institute, India said the Covidshield vaccine will not be released for mass use unless proven safe and immunogenic.

12-The 508-km Mumbai-Ahmedabad Bullet train got all the necessary wildlife, forestry and coastal regulation zone clearances in Gujarat and Maharashtra.

VACB- The Vigilance and Anti-Corruption Bureau

SID- The Society for Innovation and Development

IISc- The Indian Institute of Science

17-The Lok Janshakti Party (LJP) is led by Chirag Paswan.

18- The Himachal Pradesh Chief Minister is Jai Ram Thakur. The cabinet has cancelled winter session of the state Assembly due to spike in covid-19 cases.

19-Nagaland Governor R.N. Ravi said there will be no separate constitution and flag for Nagaland as demanded by the NSCN (IM).

20-BJP’s Rajya Sabha member from Gujarat, Abhay Bhardwaj has passed away due to corona.

21-Chairman of the Railway Board is V.K. Yadav.

22-Railway Board Chairman and CEO V.K. Yadav said the new zero based timetable will reduce travel time between 30 minutes and six hours on an average.

25- The Border Security Force (BSF) has celebrated its 56th Raising Day on Tuesday(DEC 1).

28-Covid-19 vaccine (Covaxin) developed by Bharat Biotech will begin the Phase-III clinical trial at the Vydehi multi-specialty hospital in Bengaluru.

30-The Assam government has launched its flagship scheme ‘Orunodoi’ to empower women and specially-abled persons.