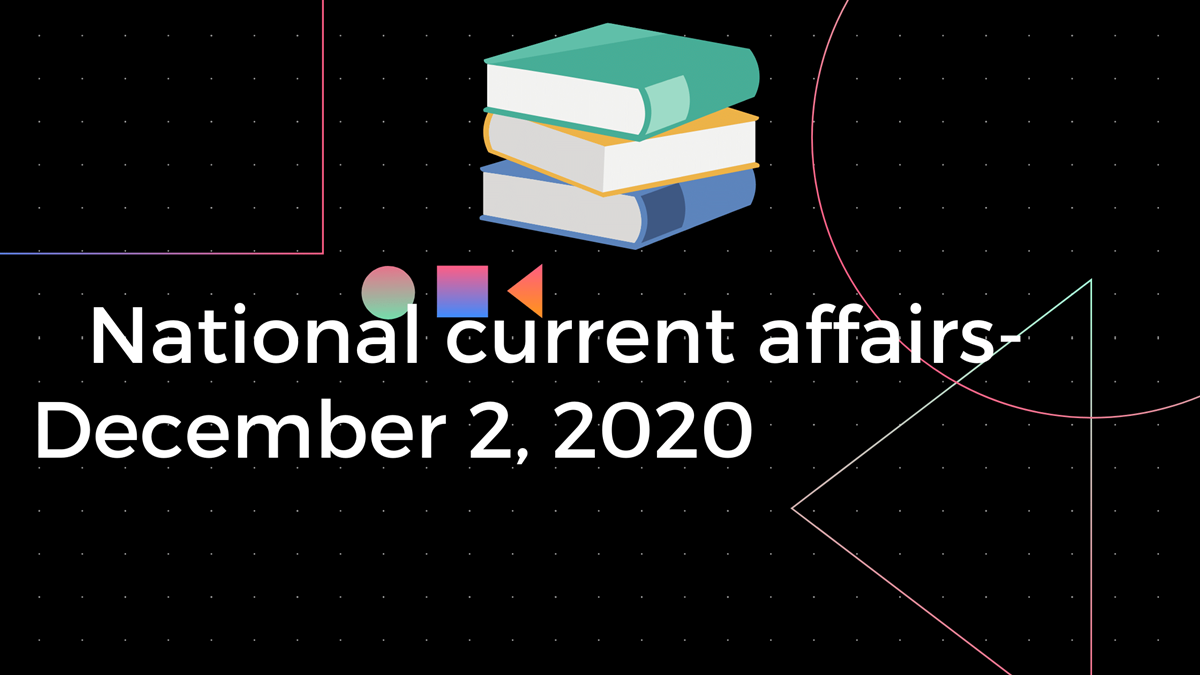 2-The Winter Session in the Andhra Pradesh Assembly has passed five bills by voice vote.

3- 13th edition of Bengaluru International Film Festival (BIFF) will be held in Feb/March.

8-Sonia Gandhi has appointed B.V. Srinivas as the chief of the Congress youth wing.

10- UK has approved the emergency use of Pfizer-BioNTech Covid-19 vaccine.

12-Chief Minister Amarinder Singh said he will take the first shot of the vaccine in Punjab.

14-According to the Telangana State Election Commission, a total of 46.60 per cent of over 74 lakh voters cast their votes in the Greater Hyderabad Municipal Corporation (GHMC) elections 2020.

15-The Punjab Cabinet has extended exemption of motor vehicle tax till Dec 31.

19-Chief Minister Arvind Kejriwal has accused the Centre alleging that it wanted Delhi govt to convert 9 stadiums into jail for farmers.

24-The Supreme Court has ordered to install CCTVs with night vision at CBI, NIA, ED offices.

26-Union Home Minister Amit Shah has emphasised that there should be zero tolerance against terrorism.

31-Karnataka Chief Minister B. S. Yeddyurappa has laid the foundation of waste-to-energy plant in Bengaluru.