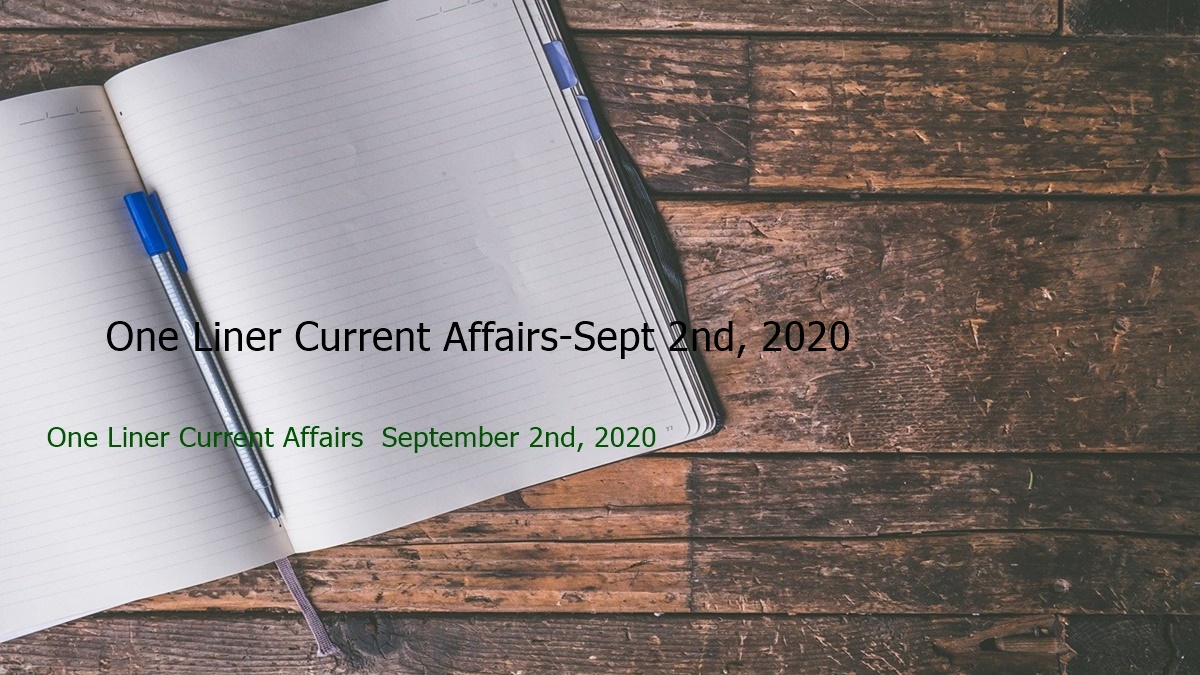 Daily Current Affairs will help them achieve success in the various examinations.

9-Railway Board members’ designations have been changed. The Chairman is now CEO.

10-Odisha has brought all universities under one Act. It has approved the promulgation of the ‘Odisha Universities (Amendment) Ordinance 2020’.

12-Union Health Minister Harsh Vardhan said elimination of tuberculosis is a priority for the Indian government despite pandemic.

13-Andhra Pradesh Chief Minister Y.S. Jagan Mohan Reddy set an example for others as he gave way to ambulance stuck behind convoy.

17-The Indian government has banned 118 apps over national security concerns, including the PlayerUnknown’s Battlegrounds (PUBG) Mobile.

2-Australia has witnessed recession for the 1st time in nearly 30 years.

3-Twitter will be adding brief description to tell why it is trending on its platforms.

3-Ashok Kumar is the son of hockey wizard Dhyan Chand. He is a key member of Indias 1975 World Cup-winning hockey team.

1-The Delhi High Court has turned down on IAF request for stay on streaming of Gunjan Saxena: The Kargil Girl, starring Janhvi Kapoor.