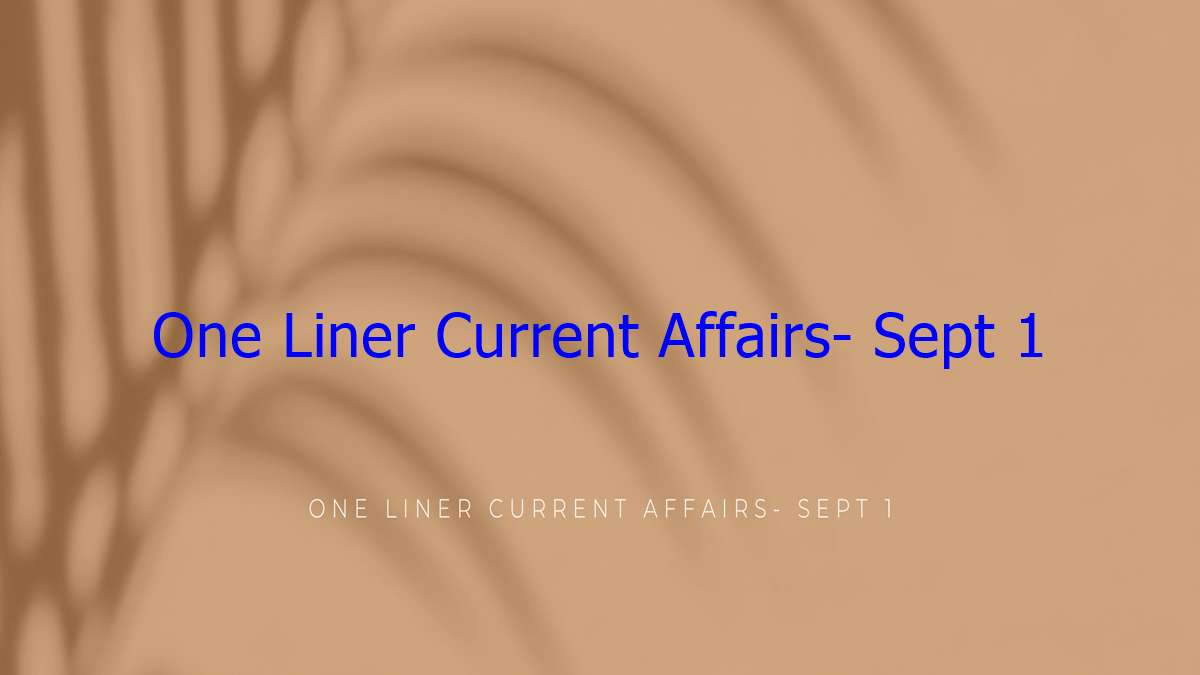 Daily Current Affairs will help them achieve success in the various examinations.

1-The Income Tax (IT) Department has attached 65 properties of V.K. Sasikala and her associates in Tamil Nadu capital.

3- Japanese Encephalitis (JE) in eastern Uttar Pradesh, is now on the verge of eradication.

4-Moratorium on repayment of loans is extendable up to 2 years; Centre, RBI informed SC.

5- The Yogi Adityanath government in UP is planning to set up a ‘Toy City’.

6- The Samajwadi Party has launched its channel Bicycle TV on YouTube.

7- The Yogi Adityanath government in UP is planning to set up a Kinnar Kalyan Board meant for the transgenders welfare in the state.

10-UP will launch sero-survey from September 4.

11-Andhra Pradesh government has hired over 1,350 ambulances across all 13 districts.

12-Indian High Commissioner to Bangladesh, Riva Ganguly Das termed ‘Bangabandhu’ Sheikh Mujibur Rahman as one of the most influential leaders of 20th century.

16-First ever Cycling Summit will be held in India next year.

17-The Nagaland GB Federation wrote a letter to PM Modi and sought political solution to Nagaland.

19-Hyderabad Metro Rail will resume its operations from September 7th.

1-Bangladesh Prime Minister Sheikh Hasina said one day the conspirators of the August 15, 1975 massacre will be exposed.

2- Director-General of the World Health Organization (WHO), Tedros Adhanom Ghebreyesus, said no country can just pretend pandemic is over.

3- Search engine Google has made it easier to find licensable images on its platform.

11-Amazon will soon launch drone delivery of packages in the US.

5- Former India batsman Suresh Raina said what happened to his family in Punjab is beyond horrible.