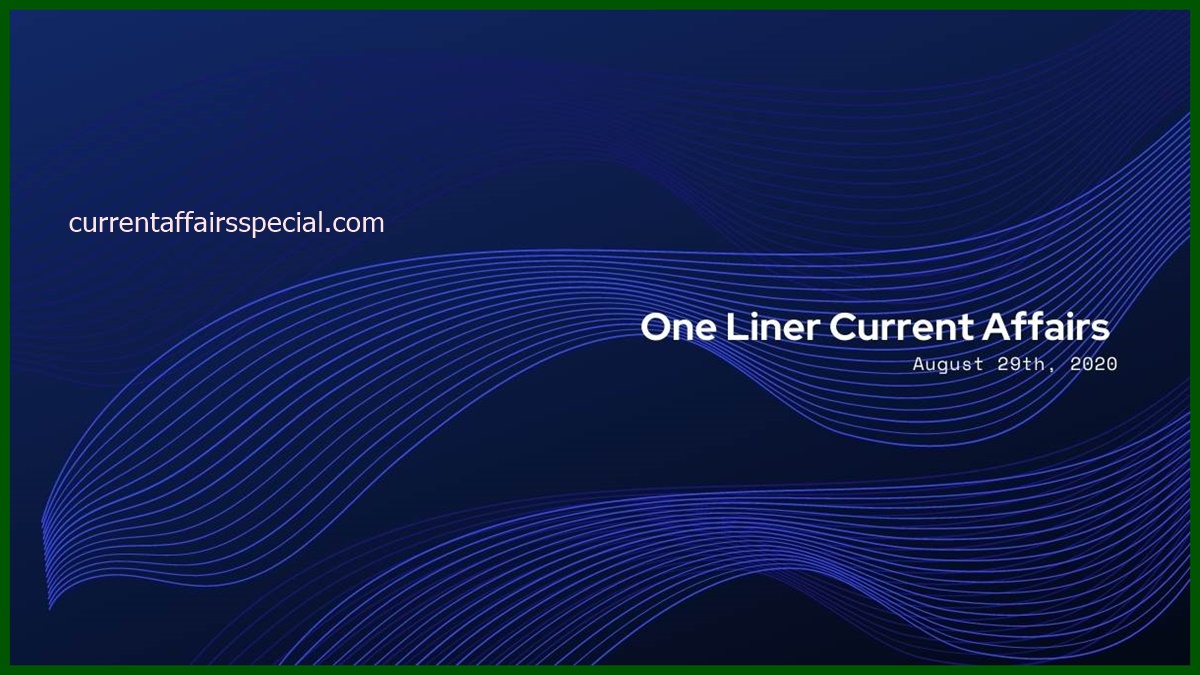 5- August 29 is commemorated as the National Sports Day every year.

8- Jodhpur-based Isha, along with 35 other girls across India, have launched campaign against height norms in Indian beauty pageants.

10- The Indian Youth Congress (IYC) has launched the ‘Rozgar Do’ (give employment) campaign.

12-Prime Minister Narendra Modi has extended his wishes on Telugu Language Day. PM Modi tweeted both in Telugu and in English languages on Saturday.

13-The Telangana government has permitted relaxation quarantine norms for international passengers. These will work for passengers arriving in Hyderabad by Vande Bharat or Air Transport Bubble flights.

15-Six of the eight north-eastern states capital cities will get the Rail connectivity by 2023.

16-Celebrity fitness coach and model Satnam Khatra passed away due to heart attack. He was 31.

19-‘Sunburn for Goa’ is online fundraiser for Goa people fighting against Covid-19.

1-Peru has extended emergency period for 90 days due to COVID-19 pandemic.

3- The Security Council has extended the mandate of UNIFIL for another year, till August 31, 2021.

6- Canada has extended ban on international travel till September 30 due to the coronavirus.

9- Bangladesh has extended the shutdown of schools and other educational institutions until October 3 due to corona pandemic.

1-England batsman Ollie Pope has been given rest for four months due to dislocating of his left shoulder.

9- On the occasion of National Sports Day, actress Shlipa Shetty tried archery. She posted the same on Instagram account.

2- Playback legend Lata Mangeshkar’s building Prabhukunj sealed as precautionary step amid Covid. The singer and her family are safe.

4-Southern star Samantha Akkineni has joked saying that she has been pregnant since 2017.

5- The first promo of Kaun Banega Crorepati season 12 hosted by Amitabh Bachchan is out.

2-The Grand Ethiopian Renaissance Dam (GERD) is situated on the Nile River.

Leave a reply or cancel