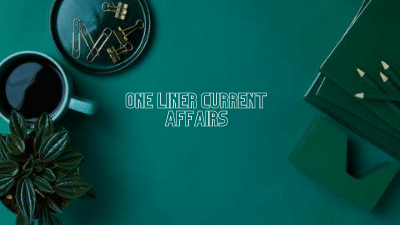 1- FSSAI has launched a drive against the sale of adulteration edible oil.

4-The Union Social Justice and Empowerment Ministry will launch the VISHVAS scheme.

7-Prime Minister Narendra Modi has wished for a speedy recovery of his Japanese counterpart Shinzo Abe.

8- The Punjab assembly has passed seven bills with a voice vote amidst the coronavirus pandemic.

12-The Supreme Court on Friday has made it clear that there is no promotion without exams. The Apex court said states can consult the University Grants Commission for postponement.

17- ‘One District-One Product’ (ODOP)- It is a scheme of Uttar Pradesh government. Chief Minister is Yogi Adityanath.

18-The week-long Sero-Survey has been postponed indefinitely in Agra.

19-For the first time in over 400 years, Hyderabad will not see traditional historic Bibi ka Alam procession this Muharram.

2-Japanese Prime Minister Shinzo Abe has announced his resignation due to health concerns.

4-Pakistan Prime Minister Imran Khan has alleged that allowing his predecessor Nawaz Sharif to leave the country was a mistake.

7- Hurricane Laura hit the southern US states of Louisiana and Texas.

8-Sweden’s Public Health Agency to allow public gatherings from 50 to 500.

10-The British government to remove 3 countries Switzerland, the Czech Republic and Jamaica from travel corridors list.

12- The director-general of UN Educational, Scientific and Cultural Organization (UNESCO) is Audrey Azoulay.

13-US House Speaker is Nancy Pelosi.

14-US President Donald Trump has accepted the Republican Party’s nomination as President for a second term in office.

16-Tedros Adhanom Ghebreyesus. He is the Director-General of the World Health Organization (WHO).

2- IPL 2020: 12 members of the Chennai Super Kings have been tested positive for coronavirus.

7-The International Cricket Council (ICC) has banned the usage of saliva on the ball amid the COVID-19 pandemic.

10-The Pakistan Cricket Board (PCB) said the six cricket association squads for the 2020-21 domestic season will begin on September 30.

11-Ireland batsman Kevin O’Brien has smashed his own car window with a six. The incident took place during a domestic T20 match played in Dublin.

13-Former West Indies captain Darren Sammy said he is a very proud black man and added that no other human can make him feel less.

15-The Indian Premier League (IPL) will be held in UAE from September 19 to November 10.

16-Rajasthan Royals have announced partnership with TV9 Bharatvarsh for the upcoming edition of IPL 2020.

17- American twins Bob and Mike Bryan have announced their retirement from tennis.

20-2020 National Sports Awards will be held virtually via video conferencing due to the Covid-19 pandemic.

1- The Central Bureau of Investigation has questioned actress Rhea Chakraborty for over 10 years in the mysterious death case of Bollywood actor Sushant Singh Rajput.

2- Sunny Leone made the news that she topped the merit list of a top college in Kolkata!.