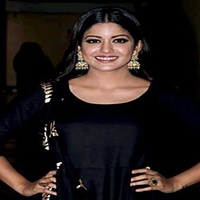 1- Hyderabad conference will explore how India can regain stewardship for handicrafts in the sustainable luxury market.

4- The government has suspended all India-bound airlines from boarding any passengers from China and declared all visas invalid due to coronavirus outbreak.

5- The Aam Aadmi Party in its Delhi Assembly election manifesto has released a 28-points program.

6- Himachal Pradesh has been aiming to increase the forest area cover by 30% by 2030.

7- The dance program of Sapna Chaudhary was canceled in Mathura due to protests from saints and seers of the Braj area.

8-Goa Chief Minister Pramod Sawant said there is no existence of drug mafia in the state.

10-2 Karnataka senior IPS officers have been booked in the multi-crore IMA ponzi scam.

12-The Trinamool Congress has slammed the Modi government stating that it was implementing the ‘Becho India’ program.

15-The Tamil Nadu government has decided to cancel the measure on the public exam for classes 5,8.

1-The UN Office of Counter-Terrorism (UNOCT) has launched a global program on sporting events security.

6-US Secretary of State Mike Pompeo has urged the Taliban to show a clear commitment to peace.

8-Hong Kong has reported the first death due to coronavirus. It has become the third country after China and the Philippines to confirm fatalities from the deadly virus.

9-Nepal has hosted the third edition of the ‘World Peace Pooja’ ceremony for world peace.

10-Indian-origin UK trader Paras Shah has been suspended for stealing food from the canteen at its European headquarters in Canary Wharf.

12-China has called for international cooperation to face the threat from the novel coronavirus (2019-nCoV).

13-Pakistan’s National Assembly has demanded India to roll back decisions on J&K.

14-US city council has passed a resolution condemning the Citizenship Amendment Act (CAA).

15- The international court has alleged that Myanmar has not been co-operating in Rohingya probe.

16-Italian Premier Giuseppe Conte said there is no discrimination against the Chinese.

17- Nepalese authorities are likely to remove some yeti 22 statues of the mythical giant ape-like creature from tourist landmarks.

1-Sachin Tendulkar is among 5 shortlisted for Laureus Sporting Moment 2000-2020 Award.

2-New Zealand skipper Kane Williamson has been replaced by Mark Chapman for 1st 2 ODIs vs India.

3-Pakistan and Bangladesh will play at the Pindi Cricket Stadium, Rawalpindi on Friday as part of the ICC World Test Championship fixture.

4- Prithvi Shaw has been included in the Indian squad as a replacement for injured Shikhar Dhawan.Prithvi to open for India in ODIs while playing against New Zealand.

6-All-rounder Marcus Stonis has been ignored in Australia’s ODI and T20I squads for their upcoming tour of South Africa. Glenn Maxwell has been recalled.

8- India skipper Virat Kohli has made it clear that they will use IPL to prepare for World T20, not NZ ODIs.

9-New Zealand stand-in captain Tom Latham said the winning can be a habit. The skipper Kane Williamson is unavailable for the first two ODIs against India.

10-India pacer Shardul Thakur has been roped in as Tata Power(electric utility company based in Mumbai)’s brand ambassador.

12-Beijing was selected as the host city of the 2022 Winter Olympics.

13-Mirabai Chanu lifted a total of 203kg to win the 49kg gold at the Senior National Weightlifting Championships in Kolkata. She has broken her previous record of 201 which she achieved at the World Championships in Thailand last year.

14- India is likely to host the shooting and archery events of the next Commonwealth Games.

15- Former captain Mahendra Singh Dhoni was spotted playing volleyball with his friends in the Maldives.

16- Asian Wrestling Championships (AWC) will be held in New Delhi from February 18-23.

17-Yashasvi Jaiswal said his dream has come true to score ton in 2020 ICC U19 World Cup against Pakistan in the semi-final.

18-Rugby is set to be played at the inaugural Khelo India University Games in Bhubaneswar.

19-Mohammed Shami has been trolled for the photo of her daughter celebrating Saraswathi Puja.

1-Actress Rani Mukerji said she understood the value of human life through the Black movie.

2-Patrick Mouratoglou- Coach to the former World No.1 Serena Williams.

3-The 29th Summer Olympic Games were held in Beijing.

5-Priyam Garg- India captain of the U19 World Cup.

8- The ovarian cancer is the 3rd most commonly detected cancer among Indian women.