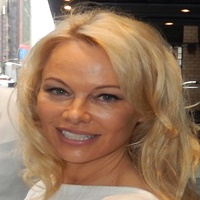 4-The Indian government has announced mandatory for TDS deduction for big e-tailers like Amazon and Walmart-owned Flipkart.

5-India has provided massive relief supplies to the cyclone-hit Madagascar in the Indian Ocean region.

6- Popular Odia poet Rabi Singh has passed away at the age of 89. He died at Khapuria in Cuttack district.

9-Punjab Chief Minister Amarinder Singh has ordered a probe into jailbreak by 3 undertrial prisoners from the high-security Central Jail in Amritsar.

10-The CPI-M party’s central committee member Gautam Das would say the party will undertake a 48-day long door-to-door campaign against the NRC and NPR.

13-Goa Budget session to witness the heat of the Citizenship Amendment Act and the dispute between two states Karnataka and Goa over the waters of the Mhadei river.

15-AIMIM President Asaduddin Owaisi has hinted at launching ‘jail Bharo Andolan’ to protests against the CAA, the NRC, and the NPR.

2-The Philippines reported 1st coronavirus death. It has become the first country outside China to report a fatality.

3- Justin Trudeau, the Canadian Prime Minister to visit Ethiopia, Senegal, and Germany from February 6 to 14.

4- An Indian-American Prem Parameswaran has been appointed in President Donald Trumps Advisory Commission.

5-A deadly H5N1 bird flu outbreak has been reported among chickens in the Hunan province of China.

7- At least 20 worshippers and 16 others injured in Tanzania church service stampede.

8-The percapita debt in Pakistan has increased. Each Pakistani owes Rs 153,689.

1-Bangladesh pacer Mustafizur Rahman has been dropped for the Ist Test being played against Pakistan which starts in Rawalpindi on Friday, February 7.

2- The Indian Olympics Association (IOA) has requested Sourav Ganguly to be India’s Goodwill Ambassador at Tokyo 2020.

3-New Zealand batsman Ross Taylor is the first male Kiwi cricketer to play 100 T20Is. This record was achieved by him while against India in the fifth and final T20I in Mount Maunganui.

4-India defeated New Zealand by 7 wickets in the 5th T20I, being played in Mount Maunganui. India became the first team to whitewash the NZ in their own backyard in a T20I series.

3- The big winners at the Writers Guild of America’s award ceremony are the movies ‘Parasite‘ and ‘Jojo Rabbit’.

1- Kshushalsar lake is located in the old Srinagar.