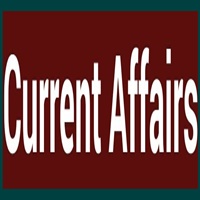 Current Affairs February 1, 2020, have been presented below

6-Finance Minister Nirmala Sitharaman has boosted the startup’s community saying that there will be a five-year tax holiday on employee stock ownership plan (ESOPs) for start-ups.

10-Finance Minister Nirmala Sitharaman as part of her budget speech said India will host the G20 Presidency in 2022 and added that the government has allocated Rs 100 crore for making preparations.

11-Finance Minister Nirmala Sitharaman in her budget speech proposed to provide an outlay of Rs 8,000 crore boost for quantum tech.

12-Union Finance Minister Nirmala Sitharaman said GST has been integrating India. She further said that in between 2006-2016, the government has pulled out 271 million people out of poverty.

13-Union Finance Minister Nirmala Sitharaman in her 2020-21 Budget speech said that the government is committed to doubling farmers’ income by 2022.

15- Finance Minister Nirmala Sitharaman during her 2020-21 Budget speech has proposed a health cess of 5 percent on imports of specified medical services.

16- * ADR- The Association for Democratic Reforms

17-Union Finance Minister Nirmala Sitharaman said that a National Recruitment Agency (NRA) will be set up for all computer-based exams soon.

18-Indian Railways has got a budgetary allocation of Rs 70,000 crore.

20-Finance Minister Nirmala Sitharaman said dividend distribution tax (DDT) has been removed and added that tax will be paid only by the recipients.

21-Union Minister for Health and Family Welfare Harsh Vardhan said the Union Budget 2020 is a pragmatic, holistic and people’s budget.

25-Gopal Baglay has been appointed as High Commissioner to Sri Lanka.

26-Union Finance Minister Nirmala Sitharaman in her union budget 2020 speech proposed to set up a ‘Kisan Rail’ through the public-private-partnership (PPP) to carry perishable goods.

27- The Centre has proposed to set up an Investment clearance cell for entrepreneurship.

29-Solicitor General Tushar Mehta informed the Delhi High Court that four convicts in the Nirbhaya case can be hanged separately.

32- The Indian Coast Guard got Rs 147.49 crore more than what it received in the last budget.

33-The Centre has been planning to release a National Logistics Policy.

35-Prime Minister Narendra Modi will visit Kokrajhar in Assam on February 7. He will attend the celebration of the Bodo peace accord.

38-Over 54 lakh people were benefitted by a pension at the doorstep in the Jagan Mohan Reddy-led government in Andhra Pradesh.

1-The UK has officially left the European Union (EU). It has finally put an end after 47 years of membership. It was more than three years after it voted to do so.

2- The US has extended travel ban to 6 more countries four of which are in Africa.

4- Over 3,000 people participated in the Great Indian Run held in Dubai to mark India’s Republic Day.

5-Global aerospace major Airbus to pay almost 3.6 billion euros ($3.9 billion) to avoid corruption proceedings in the UK, in France, and the US.

6-US President Donald Trump has lifted restrictions on US landmine use.

7- The Pakistan government has declared a national emergency over desert locust which is destroying crops on a large scale.

3-Virat Kohli and his boys to play against New Zealand in the final T20I at the Bay Oval in Mount Maunganui on Sunday.

4- India defeated New Zealand in the Super Over after the 4th T20I match ended in a tie at the Sky Stadium.

5-India all-rounder Hardik Pandya has headed to London to consult with spinal surgeon James Allibone for a review of his back. He has been ruled out at the next Test series against New Zealand.

6- Rubigula, a flame-throated Bulbul is the official mascot of the 36th National Games of India.

7-India have been fined for maintaining a slow over-rate in the fourth T20I against NZ in Wellington. It was fined 40 percent of their match fee.

8-American 14th seed Sofia Kenin has defeated Garbine Muguruza in the 2020 Australian Open final to win her maiden title, being played at the Rod Laver Arena in Melbourne.

1-Actor, Bigg Boss Tamil 3 contestant Kavin has been named the Most Desirable Man on Television 2019.

2- Singer Taylor Swift is not ready to have kids.

4- Disha Patani is bowled over by the cricketing skills of Indian fast bowler Jasprit Bumrah.

5-Veteran actress Shabana Azmi is back home after recovering from car accident treatment.

1-Railway Board Chairman is V.K. Yadav.

6-US Secretary of State is Mike Pompeo.

8-Michael Bloomberg is theUS media tycoon. He is a Democratic presidential contender.

9-Zalmay Khalilzad is the US special envoy on Afghan reconciliation.

14- Karnam Malleswari is the first Indian woman to win Olympic bronze in weightlifting (69kg category) at the Sydney Games in 2000.

15-Navjot Gulati-Writer-director- Coming up with web series ‘Happily Ever After’.