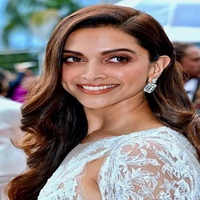 3-The Indian Council of Agricultural Research (ICAR) Director General Trilochan Mohapatra said India worships women but do not promote them in science.

4-The Indian Navy has kicked off a first-ever three-dimensional ‘Maha-Navy Connect 2020’ in Maharashtra.

6- Himachal Pradesh is encouraging natural farming with an aim to become a pioneer in the field by 2022.

7- Over 12,000 medical practitioners from all over India and 50 odd countries to meet the four-day international conference and to discuss medical health in Taj city i.e Agra.

9-The 88th birthday of senior BJP leader Kalyan Singh was celebrated at his Mall Avenue residence in Lucknow.

10-Uttar Pradesh has become the first state in the country to shortlists, migrants, from Pakistan, Bangladesh, and Afghanistan, eligible for citizenship under the new Citizenship Amendment Act (CAA).

12-The Uttar Pradesh government has banned the use of spiked metal bits for horses over the objection raised by the People for the Ethical Treatment of Animals (PETA) India.

2-Israeli settlement activity in Palestine has been increased by 70 percent in 2019.

4-The Canadian-commanding NATO has suspended training mission in Iraq.

1- Squash player Anahat Singh made for the final of British Junior Open squash meet in Birmingham.

2-India’s opening T20 international against Sri Lanka gets called off due to damp pitch in Guwahati.

4-Former Australia skipper Ricky Ponting is against in favor of four-day Tests, a day after India skipper Virat Kohli spoke on similar lines.

5-Former India captain MS Dhoni posted the video of his daughter Ziva playing the guitar and singing on Instagram with a caption: ‘Snow brings the best out of her.’

9-Canterbury batsman Leo Carter has become 4th batsman in T20s to hit six sixes in an over.

11-Virat Kohli has received a special gift from his fan in Guwahati ahead of playing against Sri Lanka in the first affair of the three-match T20I rubber.

1- Deepika Padukone has celebrated her 34th birthday with acid victims in Lucknow.

2- Actress Deepika Padukone received a grand welcome from her fans on joining the TikTok platform. She got 1.2 mn followers on TikTok in less than 12 hrs.