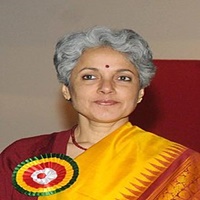 2-Boston Consultancy Group (BCG) in its report said Amaravati as greenfield city is not feasible.

3-West Bengal Chief Minister Mamata Banerjee has termed the fight against the CAA as the second battle of independence.

6-The Directorate of Education of the Delhi government has launched a ‘She Codes’ program for girl students. It is aimed to empower young girls in the field of Computer Science.

7-AIMIM has been denied permission by Hyderabad police for the anti-CAA march in Hyderabad.

10- The National Human Rights Commission (NHRC) India has issued notice to Rajasthan govt about the death of more than 100 children at a government-run hospital in the Kota district.

12-The Haryana cabinet has wanted the President’s consent to authorize the use of Hindi, in addition to English for High Court judgments.

13-The Enforcement Directorate (ED) on Friday has grilled the former Finance Minister and senior Congress leader P. Chidambaram for 6 hrs in the Air India deal case.

16- * DRI- The Directorate of Revenue Intelligence

SAI- The Sports Authority of India

17-Pakistan TO release all 22 Andhra Pradesh fishermen arrested on charges of espionage.

4-London, Paris, and Bangkok topped 3 travel destinations of a decade.

6-The US Food and Drug Administration has banned unauthorized flavored cartridge-based e-cigarettes fruit, mint vaping to curb youth use.

3-Opener Prithvi Shaw injured his left shoulder ahead of New Zealand with the India ‘A’ team.

6-Wrestlers Deepak Punia and Ravi Kumar Dahiya qualified for the Senior Asian Championship to be held in New Delhi from February 17-23.

8-Punjab opener Shubman Gill allegedly abused the umpire after being given out in the Ranji match against Delhi at the I.S. Bindra Stadium.

1-A 45-year-old Kerala woman has filed a plea in the family court in Thiruvananthapuram claiming acclaimed playback singer Anuradha Paudwal her mother.

2- Actress Adah Sharma visited the Indian Institute of Technology, Bombay and interacted with the students.