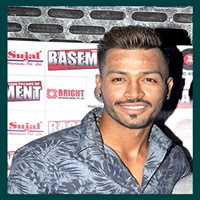 4- India is going to launch a heavy communication satellite Gsat-30 on January 17 from Kourou space centre in French Guiana.

5-Prime Minister Narendra Modi to release the 3rd instalment of Pradhan Mantri Kisan Samman Nidhi (PM-Kisan) of Rs 2,000 on Thursday. This will cover the period December 2019-March 2020. This will benefit six crore beneficiaries.

9-Prime Minister Narendra Modi has urged people to visit 15 places across India after praising a user.

10-Goa Governor Satya Pal Malik said out of the existing 12 Nobel Prize awardees, 6 are ‘foreigners’ and one was Mother Teresa.

11-The Archery Association of India (AAI) is all set to hold its elections on January 18.

15-Professor Ilyas Husain has been appointed as Jamia’s Pro-Vice-Chancellor.

17-Liquor worth Rs 380 crore was sold across the Telangana state on New Year eve.

20- Indore is on top of the clean cities of India.

22- Vinod Kumar Yadav has assumed charge as Chairman Railway Board.

23-The Uttar Pradesh government led by Yogi Adityanath has requested Centre to ban the Popular Front of India (PFI).

24-Prime Minister Narendra Modi has called the appointment of the new Chief of Defence Staff (CDS) as historic.

4- The Pacific nation of Palau is the first country to ban sun cream. It is alleged that the cream is harmful to corals and sea life.

1-Pakistan pacer Naseem Shah has been replaced with Mohammad Wasim Jnr for the upcoming U19 World Cup scheduled to be played in South Africa.

2-International Olympic Committee (IOC) President Thomas Bach said the 2020 Tokyo Olympics has been aimed to be a carbon-neutral Games.

5-Angelo Mathews has been recalled to the Sri Lankan T20I side to play against India for a three-match T20I series.

6-New Zealand captain Kane Williamson and batsman Henry Nicholls were found to be suffering from flu-like symptoms. They skipped training.

9-The 2020 edition of the Pakistan Super League (PSL) will be played across four cities in Pakistan from February 20 to March 22. It will have 34 matches.

2- Actress Ananya Panday was trolled over her remark on nepotism.