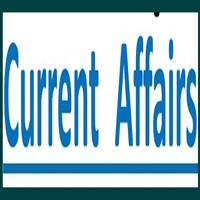 3- A law soon in Karnataka to allow women to work in night shifts in shops and commercial establishments.

4- The Uttar Pradesh State Road Transport Corporation (UPSRTC) has launched ‘Damini’. It is a dedicated women helpline. It is a calling and a WhatsApp service for women safety.

DoT- The Department of Telecommunications

EoI- The expression of interest

NCPCR- The National Commission for Protection of Child Rights

8-Andhra Pradesh government’s three-capital move has made the farmers of Amaravati write a letter to President of India Ramnath Kovind, seeking ‘mercy killing’.

9- VK Yadav, Railway Board Chairman’s tenure extended for a year.

10-The National Investigation Agency (NIA) has filed charges against 6 in 2017 attack on an Assam Rifles personnel in Manipur.

11- After CRPF chief R.R. Bhatnagar retired, the Director-General of ITBP i.e S.S. Deswal has been given an additional charge of Director General of CRPF.

12-Anil Khachi is the new Chief Secretary of Himachal Pradesh.

15- The Mukarba Chowk and flyover has been renamed as Shaheed Captain Vikram Batra Chowk in honour to the martyr of the Kargil war.

19-Punjab Minister Vijay Inder Singla has been appointed as the All India Congress Committee (AICC) Secretary.

22-Publishing legend Sonny Mehta died in New York. He was 77. He was the brother-in-law of Odisha Chief Minister Naveen Patnaik.

24-The Uttar Pradesh state legislature has ratified the 126th amendment to the Constitution by extending SC/ST reservation up to 2030.

1- The tourism industry of Sri Lanka urged the continuation of the free-visa regime.

2-The UK government has decided to use satellite technology to help tackle climate change.

3-Pakistan Prime Minister Imran Khan’s next month visit to Davos, Switzerland will be the most economical in the last 10 yrs.

6- It is 20 years celebration of the Panama Canal since handover by the US.

7-Brazil’s Ministry of Justice and Public Security has fined Facebook $1.6 million over the sharing of user data.

8-Amazon is likely to open a homeless shelter inside its Seattle headquarters.

2-Trevor Penney has been appointed as WI assistant coach for white-ball formats (ODIs and T20Is).

3- Japanese tennis star Kei Nishikori is out of 2020 Australian Open due to a right elbow injury.

4-Former India batsman Sanjay Manjrekar said the year 2019 was the worst year for him as an analyst and a commentator.

1-Hollywood star Sharon Stone has been blocked from the dating app, Bumble reportedly due to a fake account.