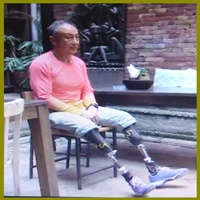 1- Karnataka Chief Minister Siddaramaiah has submitted his resignation to state Governor Vajubhai R. Vala following the defeat of the ruling Congress in the May 12 assembly elections.

2-The newly elected Karnataka BJP legislators on Wednesday elected B.S. Yeddyurappa as their legislative party leader. He staked claim to form the new government in Karnataka.

4-Nokia has launched a ‘Smartpur’ digital village project with the aim of developing 500 digitally integrated villages across the country in five years.

5-Four tribal students, including a girl, of ashram schools in Maharashtra have scaled the world’s highest mountain, Mount Everest.

7-The Union Cabinet has approved the setting up of an integrated multi-modal logistics hub in Nangal Chaudhary area in Mahendragarh district of Haryana.

8- The Kerala Tourism Facebook page has been ranked the first place among FB tourism pages of all states across the country in 2017.

9- The Cabinet Committee on Economic Affairs approved an initial corpus of Rs 5,000 crore to set up a dedicated fund under the Pradhan Mantri Krishi Sinchayee Yojana (PMKSY) to expand the area under micro-irrigation.

10-The Union Cabinet has approved the establishment of the National Institute of Mental Health Rehabilitation (NIMHR) in Bhopal.

11- The Union Cabinet has approved an agreement signed with Brunei on the exchange of information and collection of taxes.

12-The Union Cabinet agreed for setting up a central university in Andhra Pradesh and approved a provisioning of Rs 450 crore for its first phase.

13-The Finance Ministers of Delhi, Kerala, West Bengal, Andhra Pradesh, Punjab and the Chief Minister of Puducherry to meet President Ram Nath Kovind on Thursday to complain about the terms of reference of the 15th Finance Commission.

14-Manipur will soon launch an air ambulance service to reach out to the hill and rural areas.

15-The foodgrain production in the country this year will be a record 279.51 million tonnes. It is an increase of 4.4 million tonnes over last year, the Agriculture Ministry said in its third advance estimates report.

16-President Ram Nath Kovind will preside over the ninth convocation of Dr. Y.S. Parmar University of Horticulture and Forestry on May 22.

18- ADR– Association for Democratic Reforms; MWCD– The Ministry of Women and Child Development

19- The Centre has announced Madhya Pradesh’s Indore as one of the cleanest cities in India, followed by Bhopal and Chandigarh as per the Swachh Sarvekshan 2018 conducted in 4,203 cities.

20-The Union Cabinet has approved the setting up of a branch of the All India Institute of Medical Sciences (AIIMS) in Deoghar, Jharkhand.

24- Award-winning writer and journalist Tom Wolfe has passed away in the US. He was 88. The Bonfire of the Vanities, ‘The Right Stuff’ and ‘The Electric Kool-Aid Acid Test’ are some of his notable creations.

27- USGS– The US Geological Survey

31-The US Department of Homeland Security (DHS) has released a new cybersecurity strategy.

32-The Bangladesh Supreme Court has upheld bail for opposition leader and former Prime Minister Khaleda Zia in a corruption case.

34-After US, Guatemala has inaugurated embassy in Jerusalem.