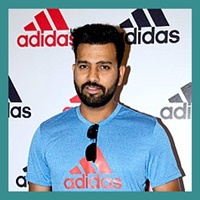 1-Actress Priyanka Chopra has been honored with a Digital Marketers Award for ‘Most Effective Use Of Digital Platforms For A Social Cause’. 2-Bollywood actor Shahid Kapoor has been named the ‘Sexiest Asian Man’ in UK poll. He has defeated singer Zayn Malik

6-India has thrashed Sri Lanka by 141 runs in the second One-Day International (ODI) played between India and Sri Lanka at the Punjab Cricket Association I.S. Bindra Stadium in Mohali. 10-The central government has approved Rs 305.14 crore assistance for three states namely Manipur, Mizoram, and Kerala that faced the wrath of nature like floods, landslides, and drought in 2016.

11-Google will open a research lab focused on Artificial Intelligence (AI) in Beijing, its first such center in Asia.

12-Nepal’s CPN-UML has emerged as the largest party in the Himalayan nation. 19-Rohit Sharma (208 not out) became the first cricketer to score three double hundred in the One-Day International (ODI). 20-SRM University will set up the School of Liberal Arts and Basic Sciences (SLABS) at its campus in Amaravati.

22-Twitter has introduced new ‘thread’ feature to link tweets together

25-Jacqueline Fernandez has opened her first restaurant in hometown Colombo 26-Renowned journalist and Bengali author Rabisankar Bal has passed away.