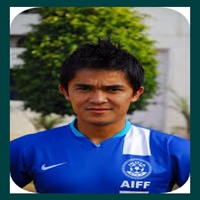 2-The Telecom Regulatory Authority of India (TRAI) has issued recommendations on Network Testing before Commercial Launch of Services. 7-An Odisha resident has given birth to conjoined twins with one heart, one liver

8-Assam cabinet panel to examine 3 tribes for the inclusion of Rabha, Tiwa, and Missing communities for Sixth Schedule

9-Veteran actor-filmmaker Shashi Kapoor died at a hospital in Mumbai. 12-The Scottish government has appointed its first trade envoy to the United Arab Emirates (UAE) and in the MENA region.

14-India and Germany signed a series of financial agreements

17- The Cricket Association for Blind (CABI) has announced a 17-member squad for the fifth ODI World Cup that will be held in Pakistan and Dubai starting from January 7 to 21, 2018.

19-NASA is working with Illinois-based Bradley University to create 3D-printed habitats to be deployed on Mars, also known as Red Planet.

22-Infosys Foundation has given Rs 15.7 cr to the Tata Institute of Fundamental Research’s (TIFR) International Centre for Theoretical Sciences (ICTS). 28-Twinkle Khanna, Farhan Akhtar, Mithali Raj and Union Minister Smriti Irani will be a part of We The Women, a festival.

29-Facebook has opened a new office in London. It would hire 800 people

32-Australian MP Tim Wilson proposed Ryan Bolger in parliament after the same-sex marriage legislation was introduced to the Lower House.