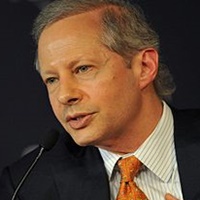 1- On the occasion of the 87th birth anniversary of late President A.P.J. Abdul Kalam on October 15, a prominent school in Mumbai will be renamed after him.

2- Former Indian Air Force chief S.P. Tyagi and others were issued summons by the court in New Delhi in the multi-million-dollar AgustaWestland VVIP helicopter deal case.

3- Former US Assistant Secretary of State for South and Central Asian Affairs Nisha Biswal will head the US India Business Council (USIBC).

4- Bollywood Veteran actor Anupam Kher was named Chairman of the prestigious Film and Television Institute of India (FTII) in Pune. 11-Microsoft is all set to bring digital assistant Cortana in Skype as an update. 14-The Assam government has ordered a probe into the incident of stone pelting at a bus carrying the Australian cricket team from Barsapara stadium in Guwahati to their hotel after the completion of T20 match against India. 16-Facebook has banned rapper Lil B on charges of hate speech.

17- South Africa as part of its commitments to the Paris Agreement, is all set to introduce a climate change legislation by 2018.

19-Google’s digital payment app ‘Tez’ has been downloaded five million times on Play Store. The said App was launched in India on September 18

20- Farm sector in Telangana will get 24-hour power supply from Rabi crop season next year.

21-The Union Cabinet has approved International Association of Marine Aids to Navigation and Lighthouse Authorities (IALA) to change its status from an NGO to Inter-Governmental Organization (IGO).

22- Skills Acquisition and Knowledge Awareness for Livelihood Promotion (SANKALP) and Skill Strengthening for Industrial Value Enhancement (STRIVE) schemes have been approved by the Cabinet Committee on Economic Affairs.

These two are new World Bank supported schemes worth of Rs 6,655 crore.

28-India defeated Macau 4-1 in Bengaluru and qualified for the 2019 Asian Cup football tournament.

29-Preeti Sudan has been appointed as the new Union Health Secretary.