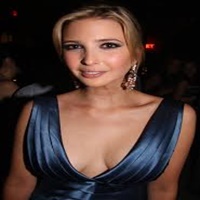 Thank You all for landing at the page of Current Affairs. As we know that to achieve success in the competitive examinations, Current Affairs play an important role.

Watch below some of the Current Affairs Bits-

4- India has promised medical visas all those people abroad, including in Pakistan, seeking treatment.

9- Indian shuttler P.V. Sindhu lost to Chen Yufei of China in the first round and out of the Denmark Open World Superseries Premier at Odense (Denmark). 11-Gord Downie, the frontman of the Canadian band Tragically Hip died due to Cancer at the age of 53. 13- Prime Minister Narendra Modi has celebrated Diwali with the soldiers in the border town of Gurez of Srinagar.

14-India among five countries Pakistan, Nigeria, Congo, and Ethiopia responsible for 50% newborn deaths, according to a UN report.

15- Indian Naval Sailing Vessel (INSV) Tarini is currently on a mission to circumnavigate the globe.

16- The India-Russia annual joint military exercises called INDRA is all set to begin. 20-Defence Minister Nirmala Sitharaman on the occasion of Diwali met the soldiers and their families at Andaman and Nicobar’s Brichgunj Military Station.