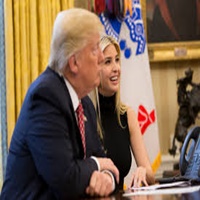 Thank You all for landing at the page of Current Affairs. As we know that to achieve success in the competitive examinations, Current Affairs play an important role.

Watch below some of the Current Affairs Bits-

1- Senior BJP leader Vinay Katiyar made a controversial comment saying on Taj Mahal that it was Lord Shiva’s temple called ‘Tejo Mahal’ which was converted into a mausoleum by Shahjahan.

5- A Gandhi museum has been inaugurated in the coastal city of Durban on a small piece of land once owned by Mahatma Gandhi. 7- Gold worth INR 120 crore has been transacted within six months of its launch on its platform, Mobile wallet company Paytm said.

9- India and Mozambique have agreed to expedite development of the giant Rovuma gas discovery, likely to be converted into LNG for exports.

11- National Museum of India Director-General is Dr. BR Mani. He is a prominent archaeologist 16-US Secretary of State Rex Tillerson said he would visit New Delhi next week. 17-Toowoomba, a city in Queensland of Australia was judged to have the best-tasting drinking water in Australia.