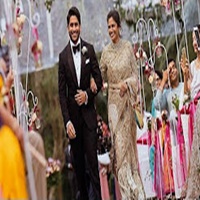 1-Filmmaker Kundan Shah, known for his film ‘Jaane Bhi Do Yaaro’ and television shows like ‘Nukkad’ and ‘Wagle Ki Duniya’ has passed away at the age of 69 due to a heart attack. 2-Shikhar Dhawan and skipper Virat Kohli guided India to a nine-wicket victory in the first Twenty20 International (T20I) cricket match, being played at the JSCA International Stadium Complex in Ranchi.

4-India, South Africa and the United Arab Emirates (UAE) have come together with five pathology labs forming an International diagnostic consortium that was unveiled in Bengaluru 8-Morocco, Denmark have jointly decided to fight against torture

9-President Ram Nath Kovind will attend the 64th birthday celebrations of Mata Amritanandamayi at Kollam in Kerala and will inaugurate the charity programmes. 16- Former Reserve Bank of India (RBI) Governor Raghuram Rajan‘s name surfaced in the possible winner’s lists of Nobel Prize in economics, that was brought out by Clarivate Analytics. 17-Lok Janshakti Party (LJP) chief Ram Vilas Paswan, who is also a union minister has said his only son Chirag Paswan will succeed him as the party leader.

18- Following the injury of Australian skipper Steve Smith with a shoulder problem, his deputy David Warner will lead his team in the three-match starting in Ranchi. 19-Adah Sharma has been roped in as one of the judges for the popular dance show ‘Nach Baliye’. It is a southern edition. 20-Spain registered a berth in the 2018 World Cup after defeating Albania 3-0.

21-Comedian Ralphie May passed away after suffering a cardiac arrest. 22- 2016 Rio Games chief Carlos Nuzman has been suspended by the International Olympic Committee (IOC) following his arrest on corruption charges.