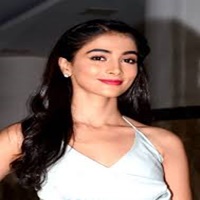 7- Actress Pooja Hegde has been roped in as the brand ambassador of Hindustan Unilever’ s new skincare brand Citra. 8- Senior Advocate of Supreme Court Colin Gonsalves has been selected for the prestigious Right Livelihood Award 2017. It is often described as the Alternative Nobel Prize

10- The former national women’s coach P.P. Antony has passed away.

11- Kerala Chief Minister Pinarayi Vijayan inaugurated U-17 World Cup promotion event by kicking a football into the goal in Thiruvananthapuram. 14- India and Ethiopia agreement on Cooperation in the field of Information, Communication, and Media is okayed.

15-The Deputy Speaker of Lok Sabha is M Thambidurai. He is a senior AIADMK leader 20-Bilateral Investment Treaty (BIT) between India and Belarus on investments is okayed.