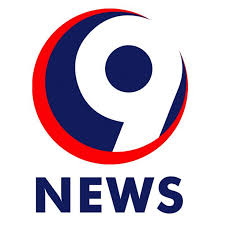 2-New Delhi:Likening the country’s anger over Uri attack to that witnessed in the 1965 war, PM Narendra Modi today said those responsible for the terror strike will surely be punished.

3-Ludhiana: Punjab Government today promised that every village in the state will be provided with toilets, water supply and sewage facility by October 2017.

5-Chennai: In its first multi-orbital launch, India”s workhorse PSLV will tomorrow inject eight different satellites, including the country”s weather satellite SCATSAT-1 and five from other nations, into two different orbits.

6-New Delhi: A flood alert was today issued by the Water Resources Ministry in the districts around Godavari and Krishna basins in Maharashtra, Karnataka, Andhra Pradesh and Telangana.

7-Thiruvananthapuram: Amid efforts by SNDP Yogam General Secretary Vellapally Natesan to become friendly with CPI-M heading ruling LDF in Kerala, Marxist veteran V S Achuthanadnan today raked up a corruption case pending against the former and said he would oppose the plea to quash it.

8-Kozhikode: Prime Minister Narendra Modi, who is here for the BJP national council meet, offered worship at the famed Sreekanteswara Temple in the city this morning.

9-Srinagar: Defying militant threat and the separatists” call, thousands of youth across Kashmir have turned up to fill 10,000 posts of Special Police Officers (SPOs) despite the ongoing unrest which has claimed 82 lives.

10-New Delhi: The Delhi government, known for its social media presence with the most active face being Chief Minister Arvind Kejriwal himself, has decided to provide training to its officers on how to use Twitter, Facebook and WhatsApp.

11-Beijing : China today commissioned the world”s largest radio telescope which can search for “more strange objects”, help in better understanding the origin of the universe and boost global hunt for extraterrestrial life.

13-New Delhi: India is in talks with South Korea, known for its maritime technology prowess, for long-term partnership to develop its rivers to drive economic growth.

14-Mumbai: Having worked in over 60 films in a career spanning nearly 17 years, Sonu Sood has now turned producer, which he thinks is a “thankless” job yet immensely enjoyable.

15-New York: Bollywood actress Priyanka Chopra had a blast with Hollywood star Hugh Jackman and his actress wife Deborra-Lee Furness ahead of the Global Citizen festival.

20-Kanpur, Sep 25 : India positioned themselves for a massive win in their 500th cricket Test by polishing off the New Zealand top-order after setting them a colossal 434-run target, propelled by unbeaten half-centuries from Rohit Sharma and Ravindra Jadeja here today.

21-Karachi: Pakistan today recalled dashing batsman Umar Akmal to their one-day squad for the upcoming series against West Indies after he was sidelined for 18 months over disciplinary problems.

22-Kanpur: India declared their second innings at 377 for five, forcing the umpires to call for early tea in the the first cricket Test against New Zealand, here today.