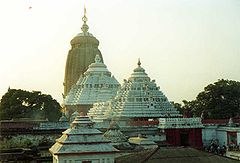 2-FIRs were lodged today against BJP president Amit Shah and RJD chief Lalu Prasad for allegedly violating the election code ahead of the Bihar assembly polls.

3-Hyderabad: The Telangana government would hold consultations with city MLAs and others before taking a decision on the fate of the 95-year-old state-run Osmania General Hospital (OGH) here which has become structurally weak, Health Minister C Laxma Reddy said today. 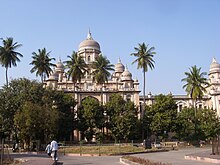 4- BJP MP Sakshi Maharaj today stoked a fresh controversy over the Dadri lynching case, saying Hindus consider cow as their mother and used the analogy of a terrorist who attacks the country and gets killed in the process.

6-New Delhi: The Pravasi Bhartiya Divas (PBD) conference, a programme to connect with the Indian diaspora, will be held biennially instead of every year, the government today said.

7-Madurai: In a move aimed at enhancing respect for the teaching community, a government high school in Peraiyur district here has introduced dress code for teachers.

8-President Pranab Mukherjee will travel to Israel and Palestine this weekend, becoming the first Head of Indian State to visit these two rival nations and providing an opportunity for him to impress upon the leadership there to reduce tensions.

10- Uttarakhand Government has launched an android-based mobile application to provide Badrinath pilgrims with yatra-related information like availability of ATMs, petrol pumps, hotels and public convenience on the most dangerous 44-km stretch between Joshimath and Badrinath.

Entrance of the Badrinath temple

12- A community and school-based education programme on conservation of the endangered Eastern Hoolock Gibbon has been launched in Arunachal”s Lower Dibang Valley district in the state and at Sadiya sub-division under Assam”s Tinsukia district.

13-Stockholm: Takaaki Kajita of Japan & Arthur McDonald of Canada won the Nobel Prize in physics today for discovering the “chameleon-like” nature of neutrinos.

15-California has become the fifth US state to allow physician-assisted suicide, after the governor signed a controversial bill letting terminally-ill patients seek a doctor”s help ending their lives.

16-The Maharashtra government today approved the Centre”s guidelines to revive the Ratnagiri Gas and Power Pvt Ltd (RGPPL), which has been shut since November, 2013 due to unavailability of gas.

17-China”s Apus group plans to invest an initial amount of Rs 100 crore in Indian startups as part of its aim to build a positive ecosystem for the ever growing startup community in the country.

18-CRISIL, KPMG, McKinsey & Mott MacDonald are among 37 consulting firms which have been assigned for preparing plans for 88 cities to be developed as Smart Cities.

19-Facebook remains the most popular social networking site in India with 51 per cent of users logging on daily, while WhatsApp tops the list of instant messaging (IM) apps, according to report by global research consultancy firm TNS.

20-The Madras High Court today issued a notice to a Villupuram-based outfit ””Modi Parishad”” on a petition seeking to restrain it from using BJP””s lotus symbol.

21-The Madras High Court today asked the Bar Council of India to abolish the three-year law degree courses at the earliest and retain only five-year courses in the stream on par with other professional courses like medicine and engineering.

23-Mumbai: Veteran writer Salim Khan has been operated for hernia at a suburban hospital here.

24- Bollywood superstar Hrithik Roshan has been announced as India”s ambassador for ”The World”s Largest Lesson”, an initiative launched by the Global Goals campaign and UNICEF.

25-Bollywood superstar Shah Rukh Khan will give a public lecture at the New College of University of Edinburgh on October 15.

27-Washington, October 6 : Led by Sarod maestro Amjad Ali Khan and his sons, Amaan and Ayaan Ali Khan, a group of Indian artists enthralled art lovers with their mesmerising performances at the prestigious Kennedy Center here over the weekend.

28-British filmmaker Richard Attenborough’s ashes are to be interred with those of his daughter and granddaughter, who both died in the 2004 Indian Ocean Tsunami. 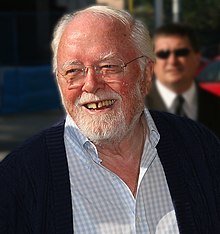 29-In an effort to popularise Cricket in the US, several Cricket icons including blaster Sachin Tendulkar and Shane Warne will play T20 matches in the US in November.

31- Growing faster than other major emerging market economies, India’s growth is expected to strengthen from 7.3 percent this year and last year to 7.5 percent next year, according to the International Monetary Fund (IMF).

33-Bollywood actress Priyanka Chopra is being lauded for her international TV debut “Quantico” and the “Daddy’s Li’l Girl” is missing her late father Ashok Chopra.